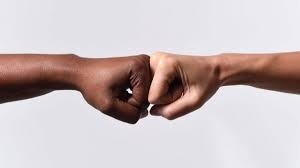 Women and Finance: Retiring Early Is Not Just Black and White

Many White Americans are retiring earlier than planned because they can afford to. But for Black Americans, health problems or disabilities are more likely to force them to stop working prematurely.

That’s one of the findings of a recent survey released that focused on challenges facing Black and Hispanic Americans when saving and preparing for retirement.

The top reason for retiring earlier than planned for White Americans, cited by 44%, was because they could afford it, according to the survey by the Employee Benefit Research Institute and Greenwald Research. Some 32% of White Americans said it was because of a health problem or disability unrelated to Covid.

One big obstacle to any kind of savings is debt. More than half of Black American and Hispanic American households with at least $75,000 in annual income said debt was a problem, according to the survey. For White Americans in the same income group, only 37% cited debt as an impediment.

Nearly half of Black American and Hispanic American households in that income group said they strongly or somewhat agreed that it’s more important to help friends and family now than save for their own retirement, but the percentage fell to 33% for White Americans.

The financial impact of the pandemic came through in the survey results. While 14% of White Americans who were still working said that they had pushed out their retirement date since Jan. 1, 2020, 21% of employed Black Americans and 25% of Hispanic American workers said they’d done the same.

Other findings in the report:

• Among Black Americans with household incomes of less than $35,000, 58% said they had savings of less than $1,000, not including their primary home or any defined benefit plan. Thirty-eight percent of White people at the same income level said that.

• Overall, 70% of people expect to work for pay during their retirement. But just 30% of those who are already retired say they actually worked in a paying job while retired. That could mean that finances for retirees are tighter than they had expected.

• A majority across all groups agreed with this statement: “Preparing for retirement makes you feel stressed.”

Gowdy Financial Group, LLC., is a Fee-Only, Financial Advisory firm dedicated to helping women, from all backgrounds and income levels, get out of debt, save toward your goals and enjoy the freedom that comes with being in control of your money. "Your Goals. Our Solutions." Serving Clients Nationwide. Schedule An Appointment.